Skip to content
View our range of Indoor Sprint Tracks >>

Our 360 Fit Out service is truly unique within the leisure sector. Our management team is made up of health club operators, designers and project managers, supported by quality tradesmen with years of experience in the construction industry. We understand the operational needs of our clients and the commercial restrictions often connected to the projects.

We are also distributors for lockers, furniture, showers, cubicles, vanity and reception desks, washroom products and flooring. In offering a full turnkey solution, we are able to cut out the “extra” layer of margins that are typical of most fit out contractors – these savings go direct to our client. We believe this also ensures a smoother project allowing us to be in control of supplies, products and materials directly.

Based in Peterborough we are CHAS registered, and our teams work throughout the UK.

Wentworth Club is a privately owned golf club and health resort in Virginia Water, Surrey, on the south western fringes of London, not far from Windsor Castle. The club was founded in 1926. Beijing-based Reignwood Group bought the club in September 2014 and implemented a new debenture membership structure.

The headquarters of the PGA European Tour are located at the club, and each year it hosts the Tour’s BMW PGA Championship. It was the venue of the 1953 Ryder Cup and of the HSBC World Match Play Championship from 1964 until 2007.

Gymkit UK were a chosen partner to refurbish their gymnasium including a new free weight area, a new main gym area and a new functional training area.

The free weight area had to be completely rebuilt bringing up the level flush with the rest of the gym floor. The custom made special floor was produced to eliminate sound transfer into the gym. Working with the client, a new gym design was created offering a new flow and space for the members to train in.

A combination of vinyl and rubber products were used to create the new look of the gym. 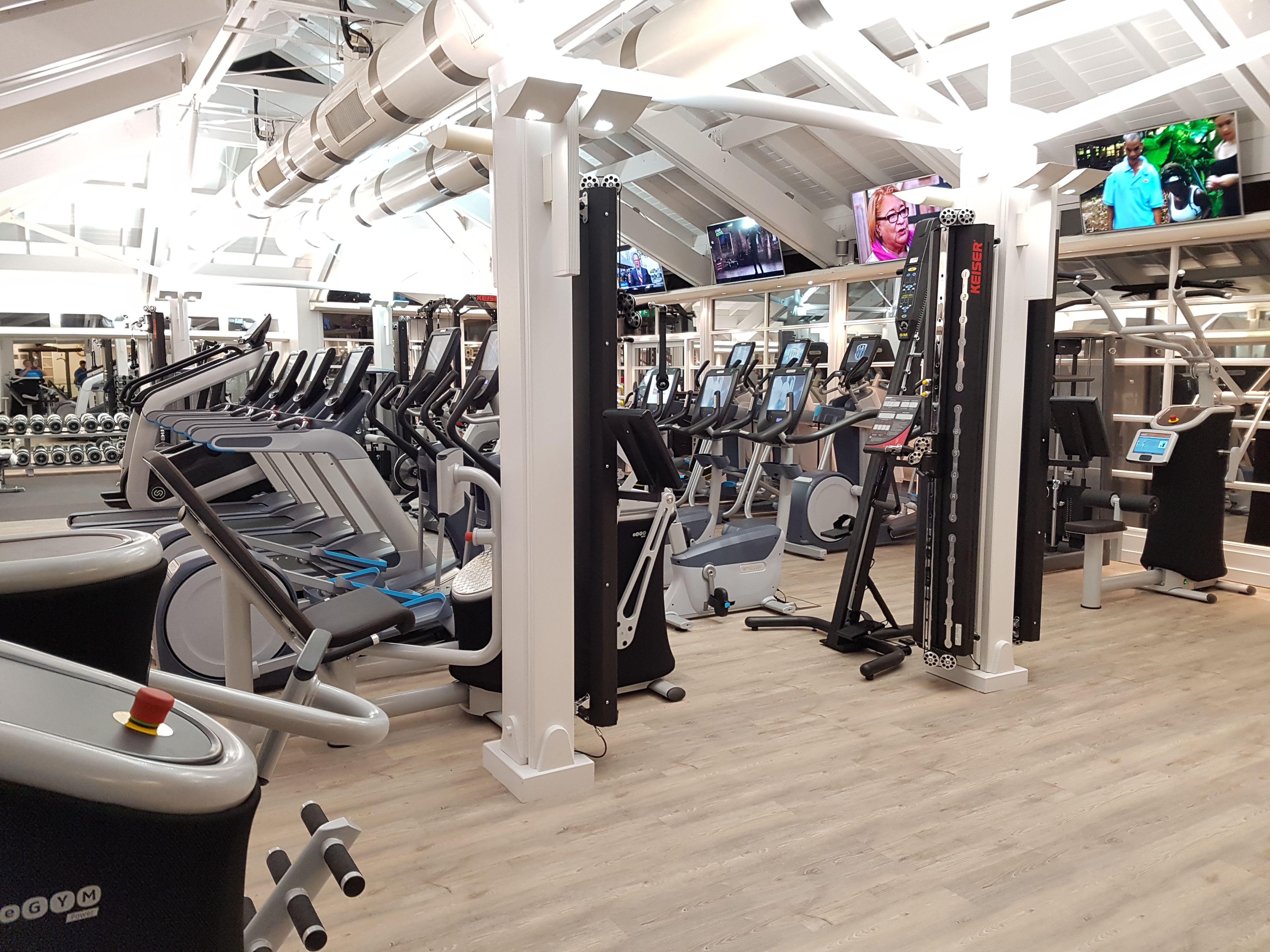 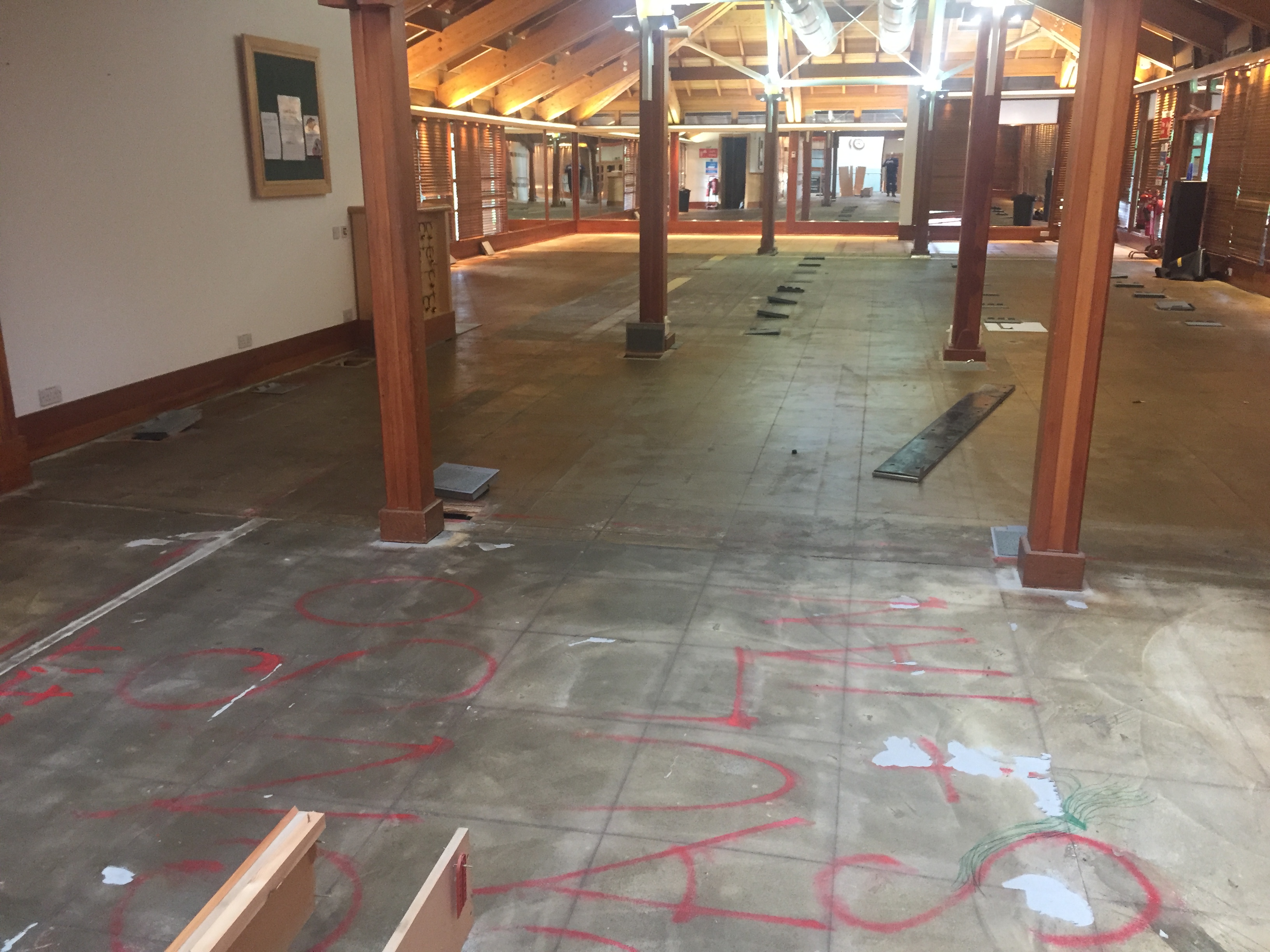 Our project was to transform an old, underutilised existing swimming pool storage/training area into a new, highly occupied, combined indoor cycling and Functional Training Studio. To ensure the room is multi configurable and ensure it can cater for future trends. To offer a studio that gives users a much more enhancedprovision of spinning than currently offered. To offer a brand new format of classes E.G. HIIT classes to users. To increase revenue generated by new members and retaining existing members for longer than current. To facilitate growth in personal training revenue and secondary income. To further enhance the facilities provision of accessible fitness for all types of user; EG older, youth, male, female, conditioned, de-conditioned. 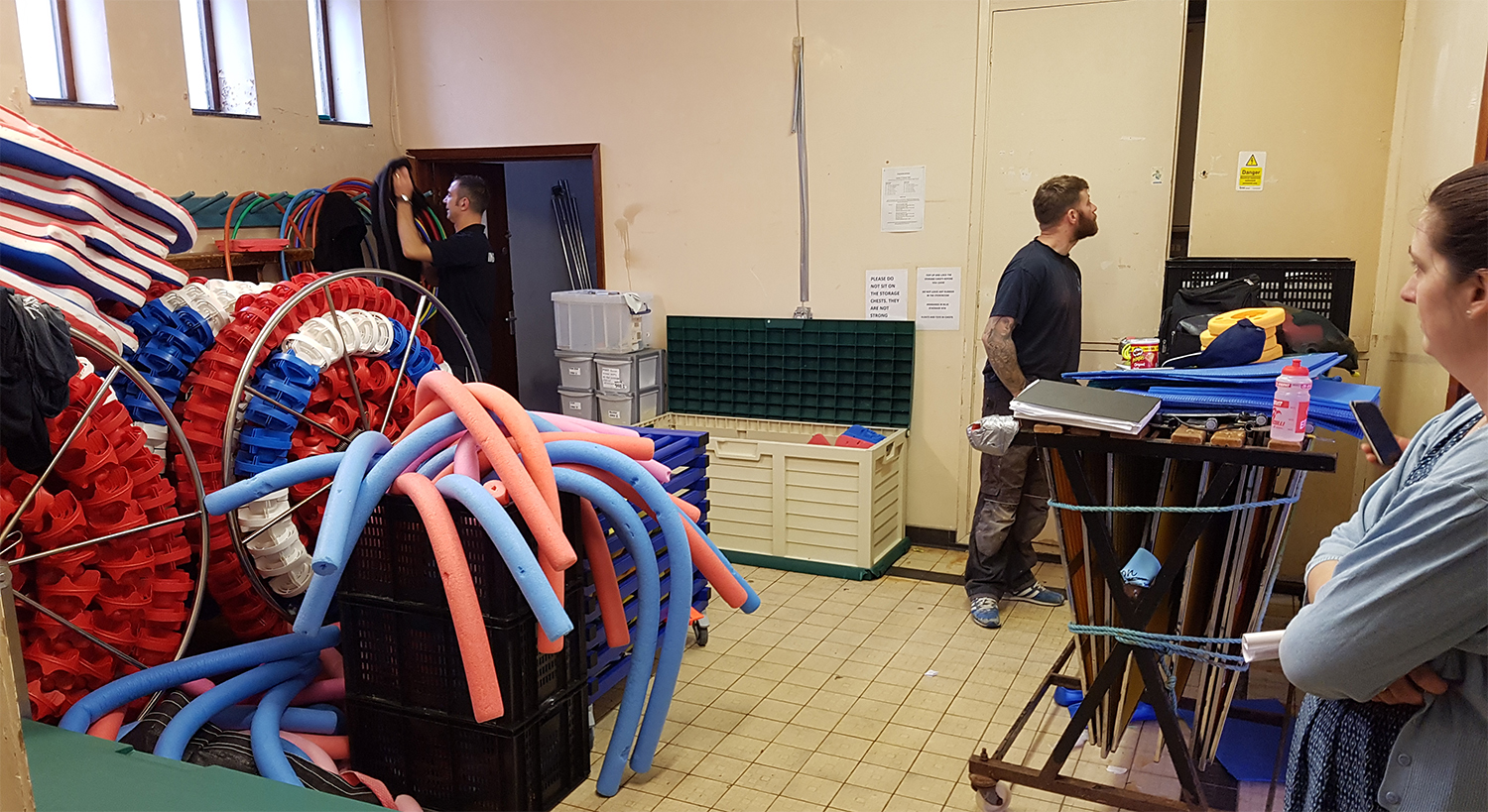 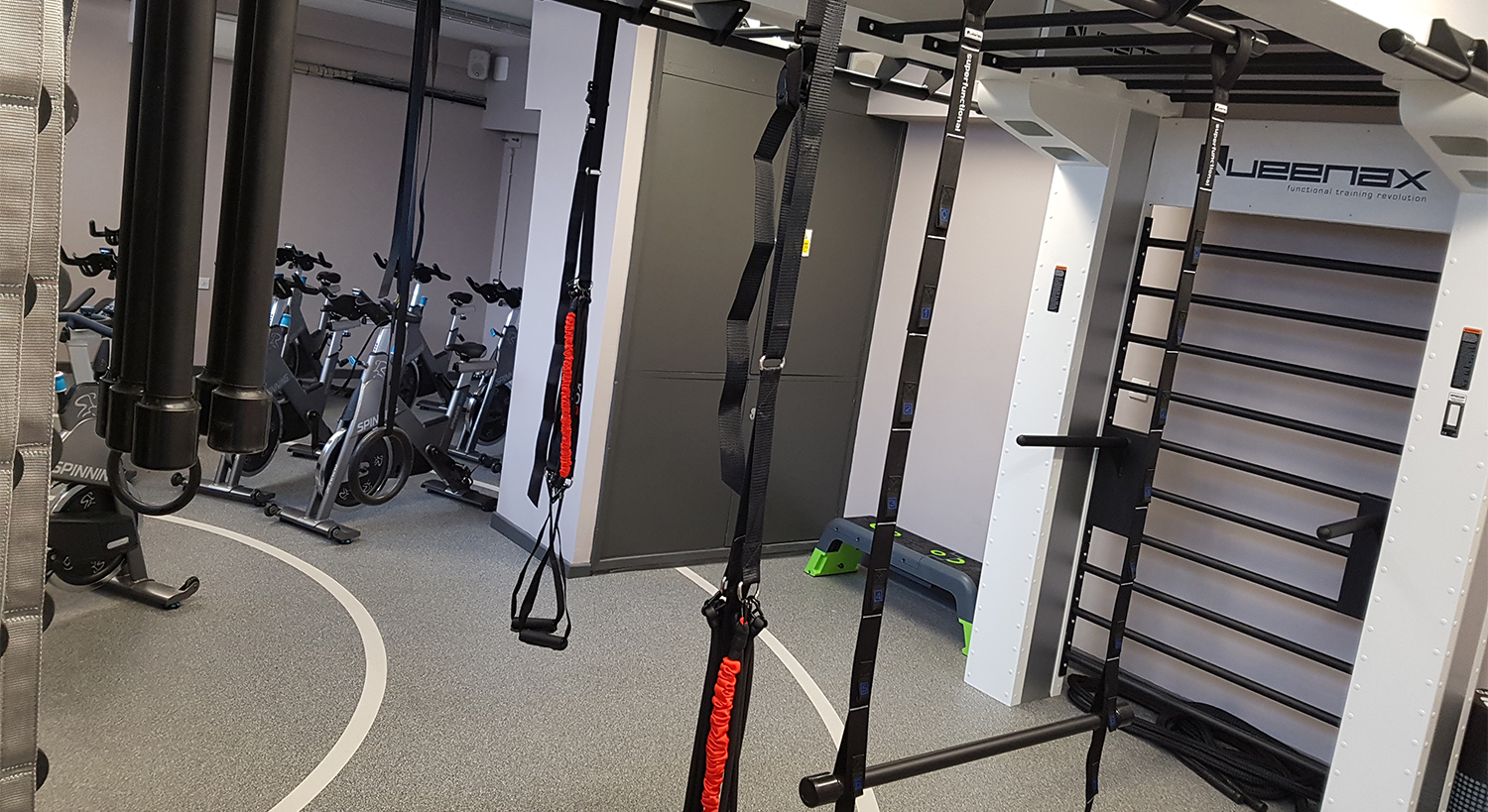 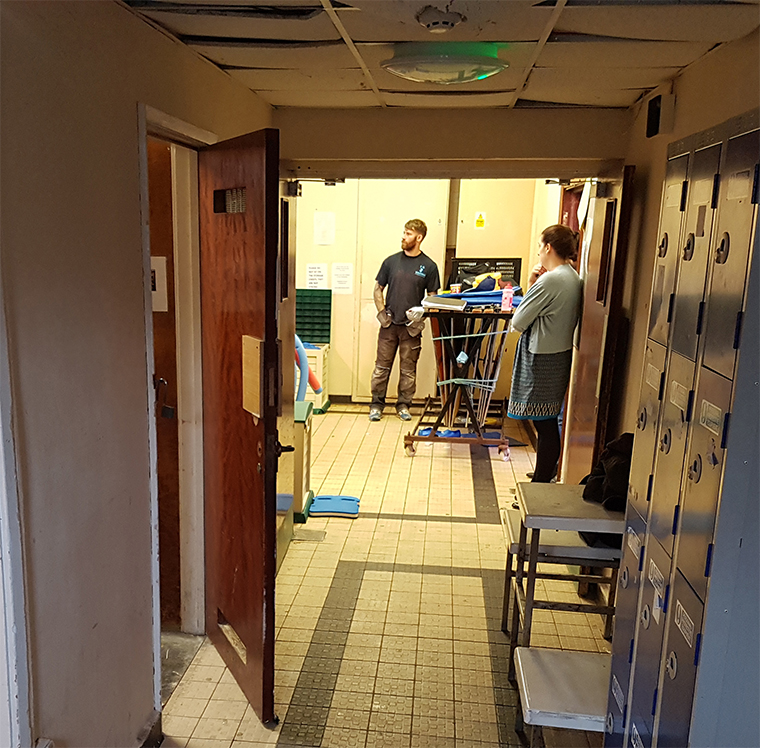 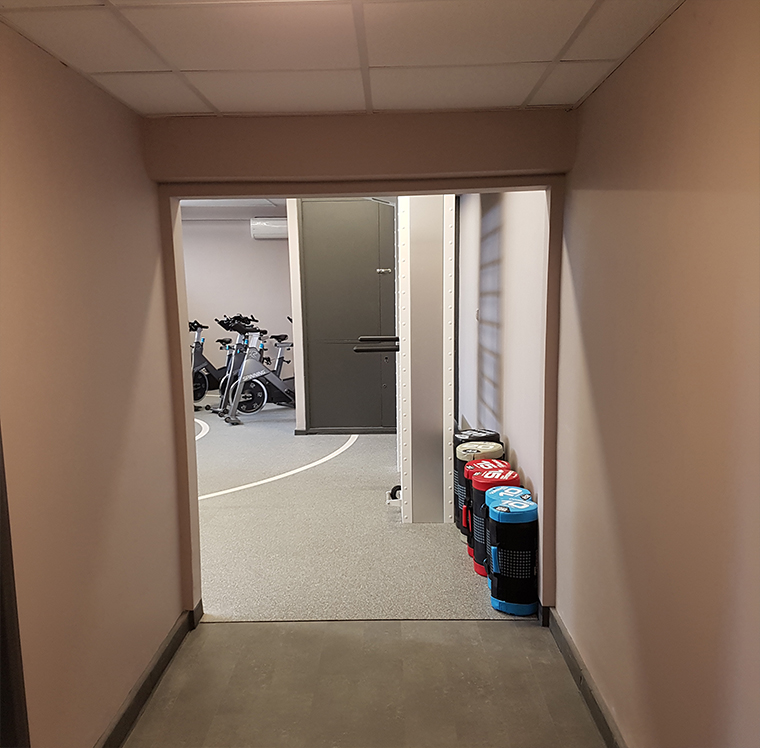 Get Started Today – Request a callback